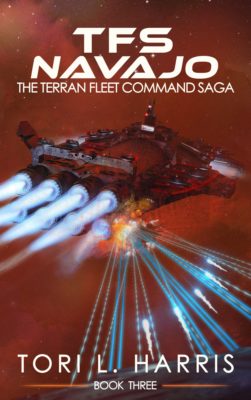 Update:  10:30 PM EDT:  Amazon has now terminated their review process of TFS Navajo for the second time.  Since it's now after hours for phone support, I will have to wait for an e-mail telling me what the (new) problem is.  Navajo is my fourth book and I have never had any sort of problem like this before.  I apologize for the continuing delay and, rest assured, I will begin this process a full day before my scheduled release date from now on.  Hopefully, you'll see the book appear sometime during the day on Saturday (10/1/16).

Update:  9:00 PM EDT:  Amazon finally came back after 4 1/2 hours and said that I had used an illegal keyword in my setup. Strangely, I used exactly the same keywords that I used on the first two books without a problem (even after multiple revisions). Anyway, I removed the offending word (the word was "Kindle") and resubmitted. Unfortunately, I'm guessing that put me back at the end of the line again. That was around 5:30 PM EDT, so it has already been quite a while again.

I will, of course, continue to monitor and post again when it finally goes live.  Thanks again for your patience!

Well, folks, I hit the "publish" button for the Kindle version of TFS Navajo – The Terran Fleet Command Saga, Book 3 on schedule at 1:00 PM EDT today, but Amazon's review process seems to be taking longer than usual for some reason.   As of 7:00 PM EDT, Amazon still shows the Kindle book's status as "In Review."  On the previous two books, this phase took less than an hour, so, with any luck, it shouldn't be too much longer.  I'll do another blog post, a newsletter release, and a tweet as soon as the status changes.

In other news, CreateSpace (also an Amazon company) released the paperback version several days sooner than expected, so it's already available on the site.  Go figure ...

Anyway, I appreciate your patience as well as your interest in the book!  Hopefully, it won't be too much longer.

This site uses Akismet to reduce spam. Learn how your comment data is processed.